British Side By Side Championship racing descended on the Royal Borough of Berkshire and local ace Alfie Hyde was crowned king on the day.

A strong grid of 24 Side by Side competitors came from across the UK and descended on the brand new Hyde Raceway circuit in Warfield on the outskirts of Bracknell at the weekend for round one of the British SXS Championship under the banner of the MC Federation in near perfect weather conditions, a flurry of rain early on and slightly overcast but dry throughout racing.

The Hyde Raceway circuit was purpose built in the lead up to the event to specifically cater for the side by side machines, which are either 900cc or 1000cc capacities in either standard format or modified. The drivers can choose to ride solo or to carry a passenger along for the fun around the wide sweeping corners and sculpted jumps making for fast and furious racing throughout the day.

The first two laps of the day had all the machines touring around the lush green ‘slippery’ grass behind the Polaris RZR Race control machine, then as it peeled off to allow an open track and the start of qualifying it was ex quad champion Paul Rowlands in the PAR Homes RZR 1000 that set the early pace. 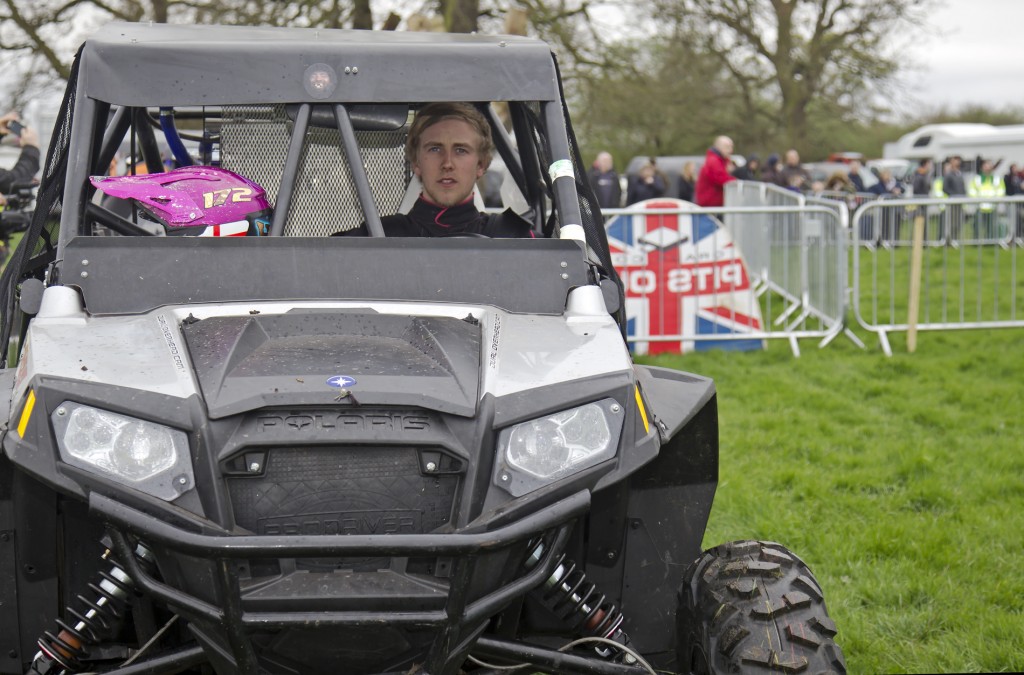 Local boy Alfie Hyde popped his Hyde Racing RZR 1000 in to top spot for a short time but it wasn’t long before Rowlands was back on top. Josh and Guy Barrett finished in third and topped the 900 Team class in the Barrett Racing RZR900 machine.

All twenty four machines lined up on the staggered grid for race one and when the lights switched to green it was Rowlands who made good use of pole position as he led for the first three laps, but not without immense pressure from Alfie Hyde who after keeping the pressure on and wheel to wheel action over the jumps and into the turns Hyde took the lead as Rowlands machine picked up a flat tyre and try as he did without full traction slipped down the field.

Hyde on the other hand was pushing hard and was having to fend off the attentions of James Chorlton in the wefightanyclaim.com modified 1000cc RZR Polaris. Rowlands was eventually to drop back to sixth at the finish with the Barretts crossing the line in third place. 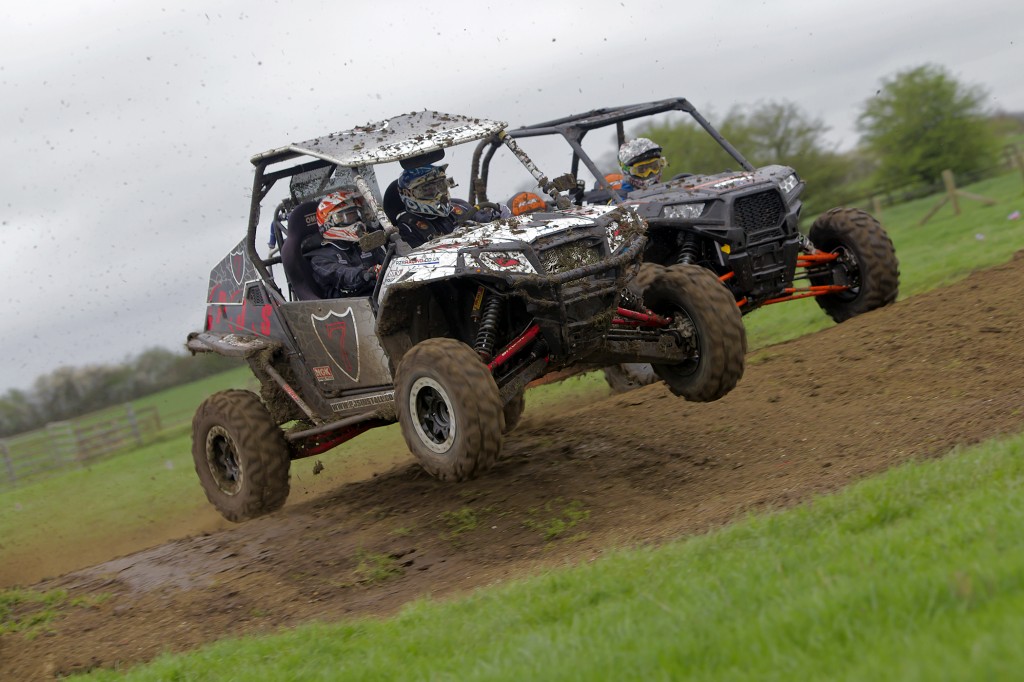 The grid for race two was formed from the driver race one result putting the super quick Alfie Hyde on pole position from where he made the holeshot and maintained that without challenge to the chequered flag. Chorlton took off in pursuit in second place and although pushed Hyde for a few laps was 11 seconds adrift after the 15 minute + 2 lap race.

Rowlands found some of his earlier speed now that he had all four wheels inflated and pushed through from sixth on the grid to finish third. After a fast start Dean Hyde slipped down to fifth behind reigning champion, Mr Constant, Richard Avis with the Barrett pairing in sixth. 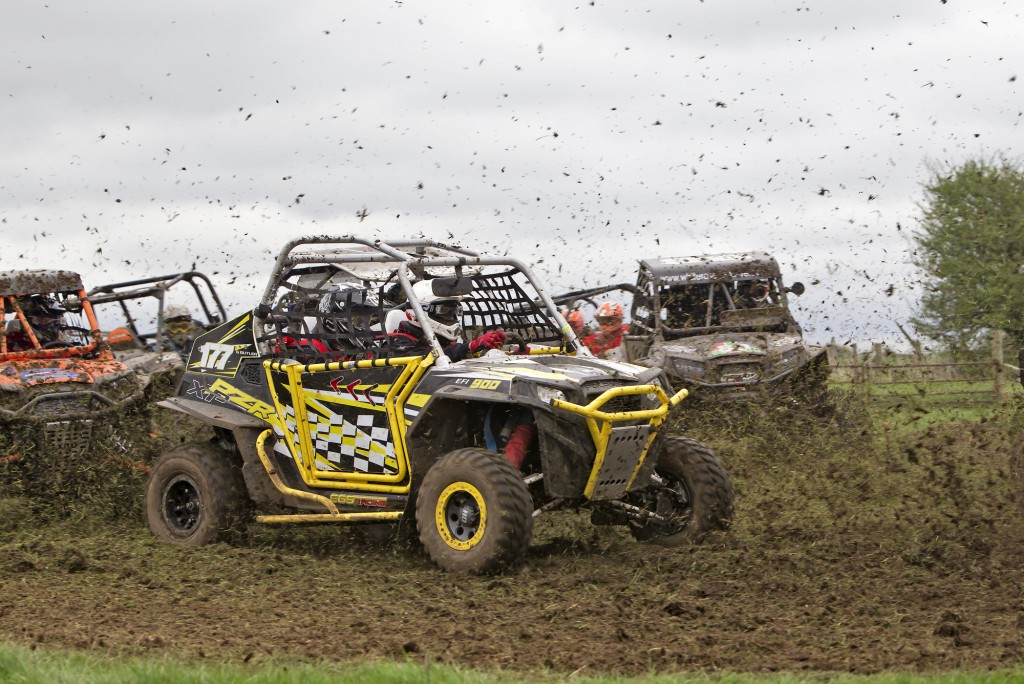 In the third and final race of the day Alfie Hyde led from the start and apart from a few sketchy moments in the rough parts of the track whilst lapping a few drivers, made it a faultless hat trick of wins on home turf supported by a mass of family and friends. Big brother Dean sat in Alfie’s roost in his spare machine the entire race to come home in second.

Fastest man in qualifying, Rowlands was in trouble on lap one dropping to the back, but in typical Rowlands fashion kept his head up and battled up to sixth place passing Fro Systems Mark McCann just before the line. Josh Barrett, with stand in passenger Gemma Barton was the man on a mission and spent a number of laps all over the rear of Avis before finally making the pass on lap five, Chorlton was the next target but the time spent behind Avis left them with a five second gap to close down not leaving enough time to apply the pressure required and the pair crossed the line within a second of each other. 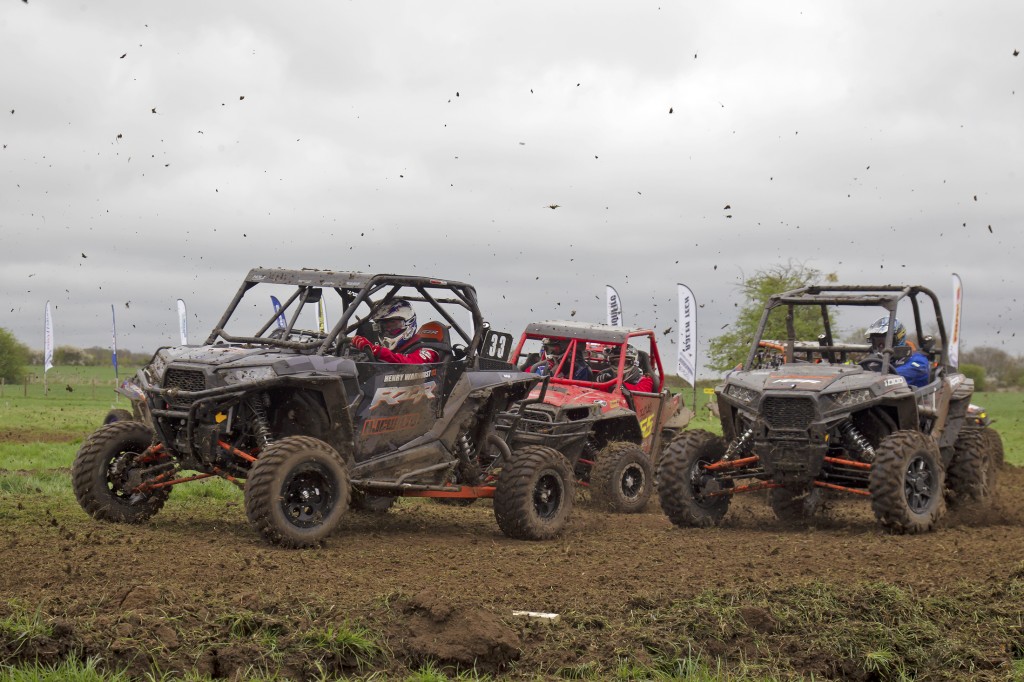 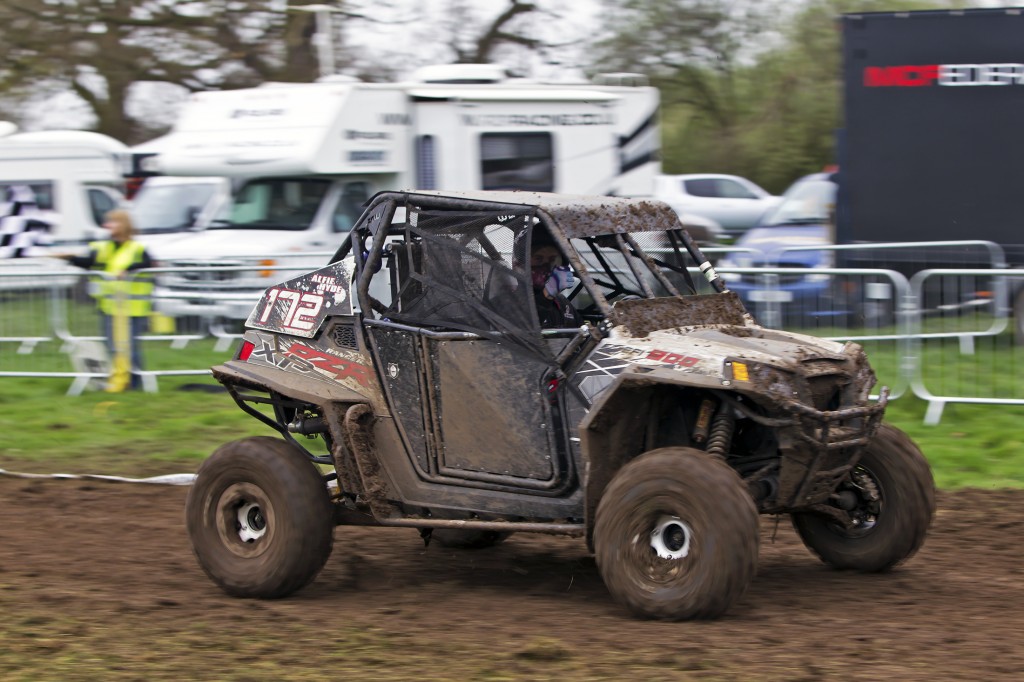 A jubilant Alfie Hyde now leads the 1000 Modified class ahead of James Chorlton and Dean Hyde. The 900 Modified class is headed by Richard Avis from John Lyne and Jason Rowlands. In the Team classes it is Josh and Guy Barrett at the top of the 900’s ahead of Mark McCann and Richard Brenton with Sam and Steve Berry in third.

The next round of the championship moves to Arncott, Oxfordshire on the 4th May starting with Qualifying at 10am and is free for spectators. More information and news on the soon to be launched Youth SxS Class go to www.rzrracing.co.uk