Alfie Hyde had the drive of his life as he dominated both round seven and eight of the British SXS Championship with six straight wins and fastest lap in each race. It was the first time the championship was in Yorkshire, as Fieldhouse farm in Wilberfoss played host to the NORA SXS organised double round weekend.

The Hyde brothers set the pace in qualifying with youngest brother Alfie 0:2 seconds faster than Dean. Tom Fletcher was the quickest team with Josh Barrett, Paul Rowlands and Richard Avis close behind to make the top six.

Alfie took the holeshot and began a blistering opening lap, beating his quickest time in qualifying  by three seconds as he immediately began breaking away for the rest of the pack. Rowlands and Avis tangled, leaving them at the back in the first lap. The ensuing 15 minute plus two lap race was fast paced around the tight, twisty, technical track with both Hyde brothers looking comfortable at the front. Alfie was in complete control from start to finish, comfortably winning the first race. “That was like a dream! I’ve never won a race before – I was gaining in confidence lap after lap” explained Alfie Hyde as he became the fifth driver to win a race in this year’s SXS championship. Dean Hyde finished second, 5.1 seconds behind with Fletcher third. Josh Barrett finished fourth followed by Paul Severn in fifth and Jamie Thwaites in sixth. 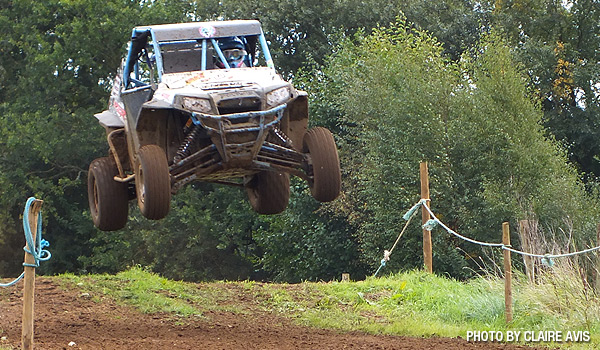 The green lights lit up for race two and Alfie Hyde again produced an incredible opening lap, pulling a huge gap and leaving the other drivers with the difficult task of catching him up. The top four positions were held with Rowlands in fifth being caught up by an impressive looking Thwaites who was having a smooth drive. Showing superb consistency with his lap times, Alfie took the win, followed by Dean Hyde and Fletcher in third. Barrett made fourth with Rowlands fifth and Thwaites again in sixth.

Making the third perfect start to round seven, Alfie Hyde took the third holeshot of the day as he produced another incredible opening lap. Fletcher made his way to second but was five seconds adrift on the opening lap. Rowlands and Barrett were battling hard in third and fourth. Fletcher pulled up in lap five as Championship leader Richard Avis was making a push for the front of the pack. Barrett stopped in lap six putting Avis up to third, the gap from third to fourth was ever increasing, as Alfie Hyde dominated with his third impressive win of the day. Rowlands kept ahead of Avis with Dean Hyde fourth. Thwaites drove one of his best rounds with a fifth place finish with Jason Rowlands in sixth. 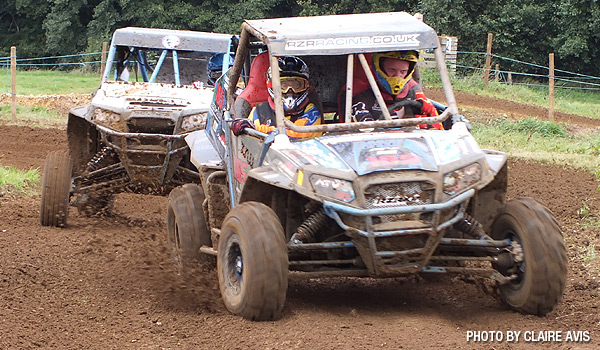 Delighted with his fantastic achievement, Alfie commented: “I’ve felt relaxed all weekend and my drivings been smooth. This track suits me perfectly. I can get the RZR into the ruts and use them like rails. Really pleased with today’s results and looking forward to Sunday”.

In the CCS Challenge Cup, there was a tight battle between Scott Hughes and John Thorne with the pair finishing 11th and 12th overall in race one, 8th and 10th in race two and 9th and 10th in race three. Ultimately it was Hughes who took the overall win by three points in an entertaining battle. Steve Johnson from Polaris Britain held third, his first podium finish at a SXS round. 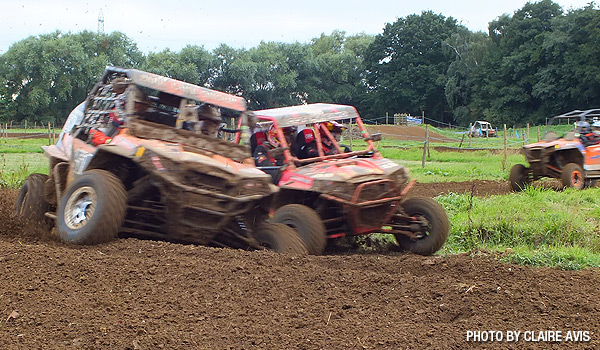 After Alfie Hydes superiority in round seven, he smashed the fastest lap in qualifying at round eight with a time of 2:04 minutes. As he passed round the first lap in race on, having already pulled a gap on his older brother Dean, he matched the fastest time as he showed his determination to carry on his winning streak. Barrett was keeping up with Dean as further down the track Avis was keeping in front of the pursuing Beswick and Twaites. Jason Rowlands was also having a great start, making up a couple of places through the race.

Just like in round seven, Alife beat his brother to the finish with Barrett having drove well to take third. Avis was 36 seconds behind when he finished with Thwaites in fifth. Jason Rowlands drove well and took sixth. 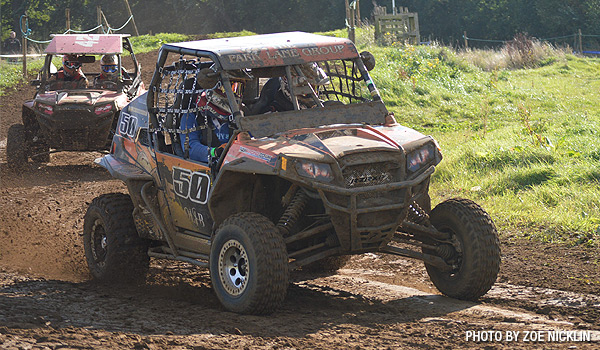 With the track getting even faster, Alfie incredibly went another two seconds quicker in lap one of race two. With this kind of pace he was unstoppable. With a pile-up during the opening laps, the race was over for a number of unlucky drivers while Dean Hyde was forced to stop with mechanical difficulties. Alfie, now beaming with confidence took the win with Avis 22 seconds behind in second place. Beswick drove skillfully to steer his way through the action from 11th place to third, passing Fletcher who was suffering technical difficulties but retained fourth. Looking good and driving well all weekend, Twaites took fifth with Paul Severn in sixth.

In the sixth race of the double round event, it could only be Alfie Hyde leading the way as he took all six holeshots, fastest lap in each qualifying and in each race. Avis, then Fletcher and Beswick followed closely behind. Mid pack there were battles in each and every corner as drivers competed for the best lines. It was exciting stuff as packs of four and 5 machines finished lap after lap with the slightest of margins between them.

The checkered flag waved Alfie Hyde through to yet another sensational win. A maximum of 240 points were taken as he made six wins from six! Avis finished race three in second, followed by Beswick, Barrett, Paul Rowlands and Severn in sixth.

“HAPPY DAYS!” exclaimed Alfie Hyde as he savoured in the tremendous victory. The result puts Avis 83 points ahead of Paul Rowlands in the overall championship with just one round left and 120 points available. Whatever happens at round nine of the British SXS Championship, we are going to see the overall, team and solo championships fought out in what is sure to be an entertaining and competitive last round. 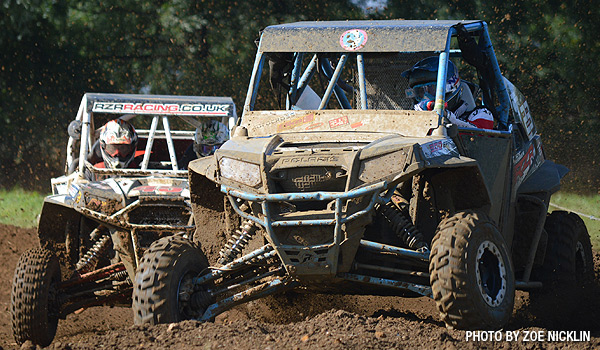 John Thorne saw off competition from Geoff Greenwood and Scott Hughes in race one but was unable to finish race two. That was headed up by Greenwood who then battled with Hughes in the final race. Hughes finish eighth overall in race three but Greenwood had done enough in race two to secure the round eight CCS Challenge Cup with a two point margin from Hughes. 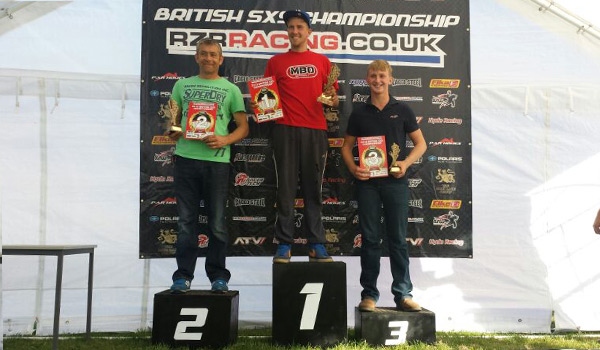