Behind the Wheel with James Chorlton Friday 10 August, 2012

Check out this article by We Fight Any Claim. Company Director James Chorlton talks about his involvement with RZR Racing and his passion for motorsports.

James Chorlton is not only one of our company directors he is also a motorsport enthusiast and an aspiring champion of the relatively new extreme sport of RZR Racing. We Fight Any Claim (WFAC) try to find out more on the man who we sponsor to take our name to the finish line.

James is 28 years old and a father of four; in his professional career he is a director at WFAC a successful Claims Management Company, which helps people all over the United Kingdom claim back compensation on their mis-sold Payment Protection Insurance (PPI).

James has been a huge fan of motorsports since he can remember and comes from a family where motorsports are highly revered, in his own word he says, “Anything that is fast with an engine, I love it”.

He began his racing career form an early age beginning with the classic Yamaha PW50 and then onto the 600cc Superbike class, while racing with some of the most renowned names in the sport of motocross.

Prior to joining RZR Racing, James was also an avid fan of quad bikes, a vehicle that he would only use for recreational purposes, that was until he began hearing about RZR Racing, a relatively new sport that had not long arrived in the UK.

RZR Racing is an all-action off-road motorsport also known as ‘Side X Side’ that evolved from ‘four by four’ All-Terrain Vehicles (ATVs) and Quads.

With five venues and a growing fan base across the UK, RZR Racing is rapidly making its presence known in the world of British motorsports, and as James puts it:

“One of the main things that keep people going there is the friendly, fun and enjoyable atmosphere. The spectators themselves that go there to watch are every reason to keep going back and the kids love it; I think that’s what makes it so great”

James is regarded by the sport’s own UK-based website as “one of the most determined RZR drivers in the championship with his sights firmly set on a top three finish.” Speaking to James it also becomes fairly obvious that he is very competitive.

Nevertheless, competition is not the only aspect of RZR Racing that James admires, he also enjoys the social aspect of the sport, which has helped him network and develop friendships with like-minded individuals and others with a shared interest in extreme sports.

However, James admits that his involvement with the sport that he loves could not have happened without the help and support WFAC, who are also his sole sponsors.

In return, James is adamant about winning the trophy not just for himself but for his company and its loyal staff, where he pledges to display his much anticipated trophy in the foyer of the company’s reception for all to be proud of.

With a fifth place standing currently in the overall championship, a second place in the solo challenge and with just three races remaining, James has already set his sights on at least one trophy by the end of his first season, which will come to its conclusion within the next two months.

Nevertheless, James predicts an even more promising season in 2013, where he will have more experience behind him to have a greater chance of winning a top three finish in both categories.

At WFAC, we will continue to support James throughout his route to success and look forward to seeing him take our company name to the podium with him. So from all of us at the company, we would just like to say, GOOD LUCK JAMES! 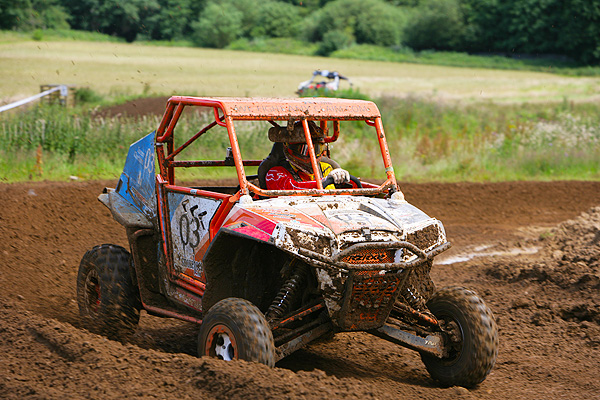