Over in the West coast of America, Blingstar, Rockstar and Polaris have combined to create a six man RZR XP900 team, ready to take on Lucas Oil Regional Off Road Series.

The team is off and running to an already successful 2012 season. The kick off race of the season came a little late in the game for the team, with 6 cars to build in a matter of 3 months the team had to sacrifice missing out on points at the first Lucas Regional CA series back in March at Glen Helen. However once the team was ready to go, they came out swinging with a crushing 1st and 2nd place at the second Lucas oil regional race of the 2012 season at the Lake Elsinore Lucas Off road motorsports facility.

Aside from the above mentioned drivers the Rockstar Energy/Blingstar/Polaris team consists of some important and influential people in the off road industry, Jordan Cochrum marketing activation director & motorsports manager at Rockstar Energy, Jason Merrell CEO Coast Motoring and long time off road enthusiast and driver, Nick Nelson rounding out the top 6, an avid off road driver and media relations expert in the industry.

Jason Merrell & Jeremy Merrell both brothers, competitive by nature following in the footsteps of older brother Josh Merrell, pro 4 driver at the PMG EBAY Motors/Hart & Huntington off road team, were able to both gain podium positions at the Lucas Oil Regional Utah race this past weekend, Jason beating brother Jeremy by a hair, to gain 1 st place while Jeremy took home his second trophy of the season with just 2 rounds.

Jeremy is 2 for 2 at second place in the Lucas Oil regional series for both CA & Utah.

Big thanks to Lucas Oil who stepped to support and sponsor the team. Lucas oil and the team together created a new opportunity for the budget minded off road race enthusiast, to be able to get involved in a professional racing series with minimal expense in comparison to the national racing program. Polaris built a car that was cost effective and made to withstand some of the roughest terrain in short course racing.

The Rockstar/Blingstar/Polaris team is not limiting themselves to just short course, the team is setting their sites on a future title championship in the WORCS racing series as well as conquering a few Best In the Desert races. Keep an eye out for the team at the upcoming Vegas to Reno BITD race happening in August. These cars and driver will be put to the test, they are ready for it!

Team Rockstar/Blingstar/Polaris would like to thank all the team sponsors and supporters of the program, without them none of this would be possible: Thank you-; 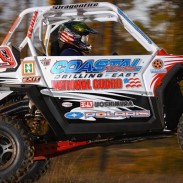 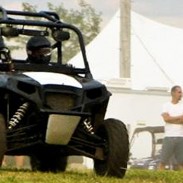 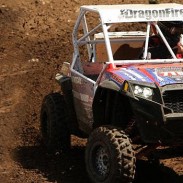