Former British Quadcross Champion and PAR Homes team owner Paul Rowlands emphatically won the first of two rounds at the British SXS Championships held at Pontrilas. Organised by NORA SXS, the track had been well prepared for high temperatures and blazing sunshine as drivers battled it out in demanding conditions.

In qualifying, Richard Avis posted the quickest lap time, 0.7 seconds ahead of Fletcher Racing with team Park Lane Group 2.5 second behind. This gave Avis pole position for the first of three 18 minute plus two lap races. The lights went green and the race one was on! Avis got a clean start, holding the lead from Rowlands. Alfie was the first of the two Hyde brothers with Dean unable to continue in lap three. Caged Steel’s Jamie Thwaites had one of his best ever starts driving in fourth position. With the track having been watered to keep down the dust, it made for some challenging driving and all the competitors were doing a fantastic job of reducing the lap times throughout the race. 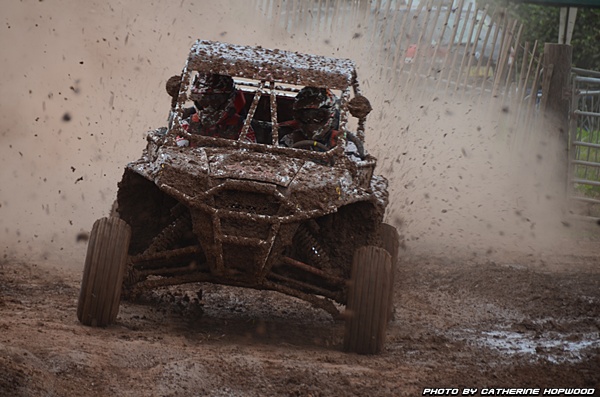 By lap eight, Alfie Hyde had passed Rowlands and Josh Barrett had worked his way up to third from sixth on the start. Hyde was chasing Avis and Barrett had his sights set on the leaders too but Avis kept ahead and took the win. Hyde was second with Barrett third, Rowlands kept ahead of the on-form Thwaites with Gary Butler in sixth. Despite putting in the fastest lap, Tom Fletcher only managed five laps before pulling up. 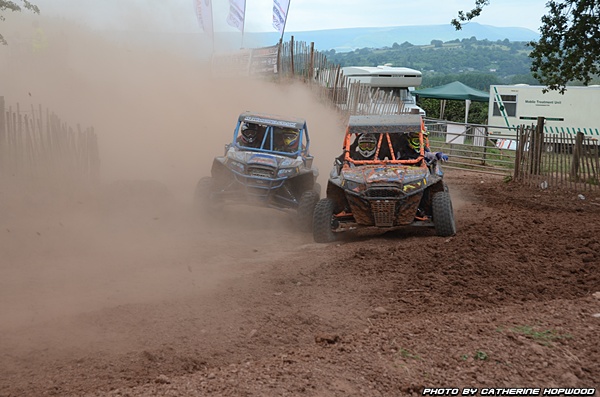 Avis again took the holeshot in race two with Rowlands and Barrett in hot pursuit. Through the race Dean Hyde was gaining places, moving up from seventh to second before having to retire. Avis suffered from engine problems with only three laps to go and the fastest lap time of the race, handing the lead to Rowlands. Barrett and Rowlands battled and Barrett got passed with a big gap between the two front runners and Thwaites in third place. Fro System’s Mark McCann, following on from his exploits at the Red Bull Soapbox Race the previous weekend had been putting his smooth driving style to good use, making his way from ninth on the grid to a superb fourth. Barrett finished first, 4.8 seconds ahead of Rowlands with Thwaites taking his best ever finish in third! McCann held his fourth position ahead of Butler and Sam Berry. 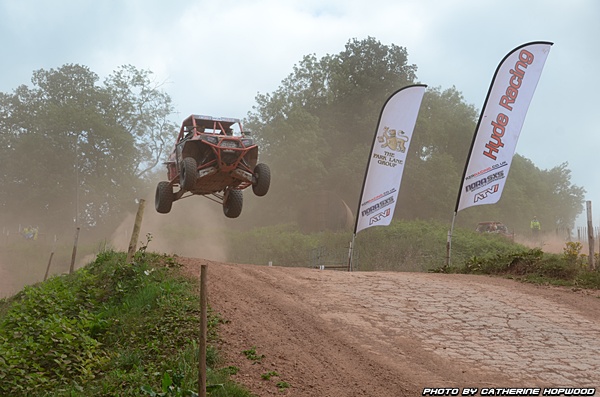 With Avis out, Rowlands took pole and made it count as he took the holeshot ahead of McCann and Barrett. Park Lane Group’s Oil Beswick was working his way through the pack, starting from ninth, he looked impressive and took the fastest lap. Fletcher didn’t have a good day, eventually pulling up in lap six. Rowlands took the chequered flag on lap 12, ahead of McCann by 2.4 seconds. Beswick finished third, followed by Barrett in fourth and Berry fifth. Jason Rowlands took sixth place. 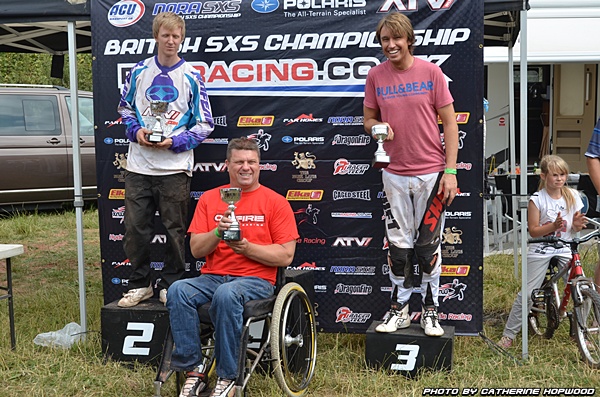 In a competitive RZR Challenge Cup, Paul Severn came out on top after a superb day’s racing with wins in races two and three. Just two points behind was Scott Hughes who had an excellent days racing in only his second SXS event. ATV World’s Josh Brown was paid off for his super consistency with a third overall. John Thorne was unlucky after winning race one and third in race three, was unable to get out in the second race. It was Thorne’s first time in the Challenge Cup and he wasn’t the only newcomer to compete. Adrian Loveridge and son Callum, Joe and Andy Bennett were also out for the first time in their Polaris RZR XP900’s and got to grips with the fast and demanding pace straight away. 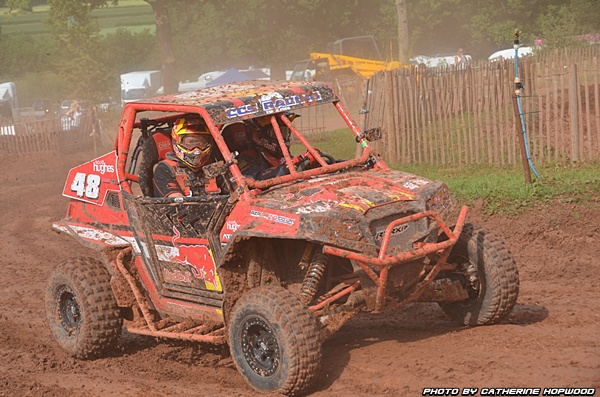 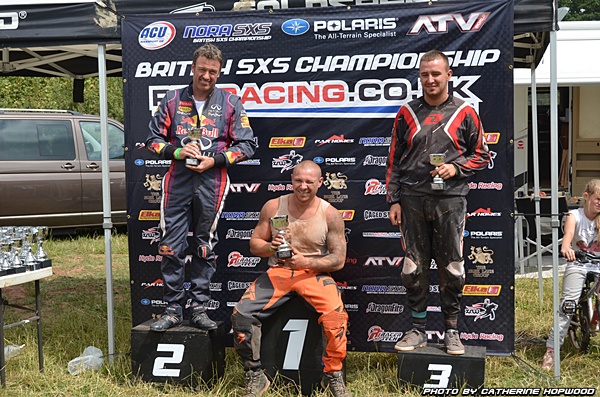 For details about round six, please check www.rzrracing.co.uk for further announcements.